How I learned to accept failure 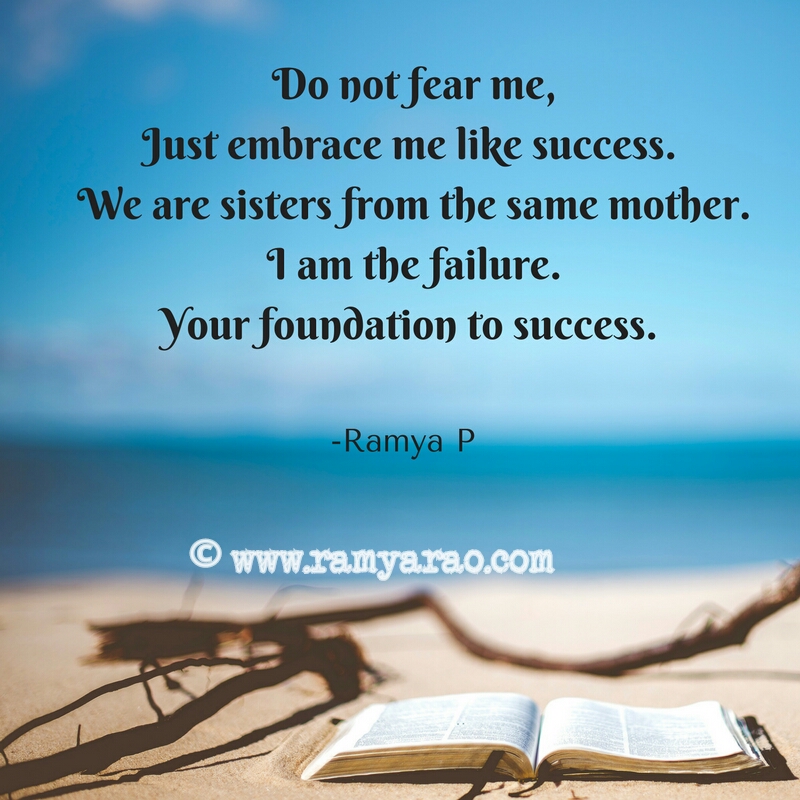 “Only those who dare to fail greatly can ever achieve greatly.” – Robert F. Kennedy

As a kid, my parents would put extra efforts in making my assignments be the best. I simply had to get the A+ and be the best. As I grew up, this habit crept in or more like imbibed into my system. I did every assignment on time, put extra efforts for it to be the best and different. All for the maximum marks and an A+ that doesn’t matter now. I hardly stood first in the class because I never aimed too. I was in the creamy layer though and I loved being different and not fighting for being any rank holder, somehow that did not appeal me although my parents would have loved one. Parents you see.

I participated in every competition that came my way. The participation and winning gave me a thrill that nothing else gave. My first brush with failure started back then. In a  drawing competition in the apartment we stayed in Ahmadabad, I drew better than my brother and he won a prize and I did not. I was in class 4 back then and see how well I remember the nitty gritty of the incident. I came home crying and my granny told me that participation was the most  important part in a competition.And in every competition, someone has to lose but at the end of the day, all the participants won. I followed that every time later. I participated and losing did not deter me much.

That day’s incident may not seem like a big thing but  it changed me. My grades dropped after that. When feedback is in the form of criticism and failure is told to be a bad thing it doesn’t help. I  worked harder on my own to improve my grades and it improved and so did my way to see failure. I understood myself and my boundaries much better.

Until failure number 2 happened when I was in my class 12 . I scored 18/100 in Mathematics in a preparatory exam. It shook me. Competitions are a different thing and maths exams were different. I died a million deaths out of shame and I wanted to bury myself because I had let my parents down and I couldn’t tell anyone. But my mom helped me recover from it so quickly. Once it was out and open it was like the injection, just a sting but necessary. Today  the world know my score previously known only by 4 people. I am able to tell it out because I have learned from it and failed better, more and not ashamed. Also, I have realized how trivial marks and their importance are in our life.

I realized we are all so afraid to accept failure because we are all programmed like that. You would declare to the world your success but not the failure. You would take the credit if you succeed and pin the blame on someone else if failed. Successful people failed more and were encouraged to do so. And that is where all the problem lies with us. We would go low and take offense instead of learning.

Remind yourself that it is okay to fail and it isn’t  a bad thing. It is an  inevitable need.

This being lesson 5 , you can read the others here:

I am taking my Alexa rank to the next level with Blogchatter . 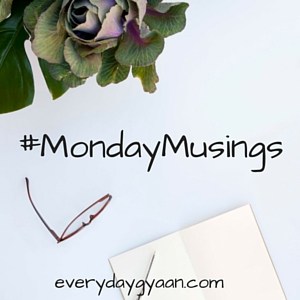 Also linking this to #MondayMusings