Why I had to learn to let go 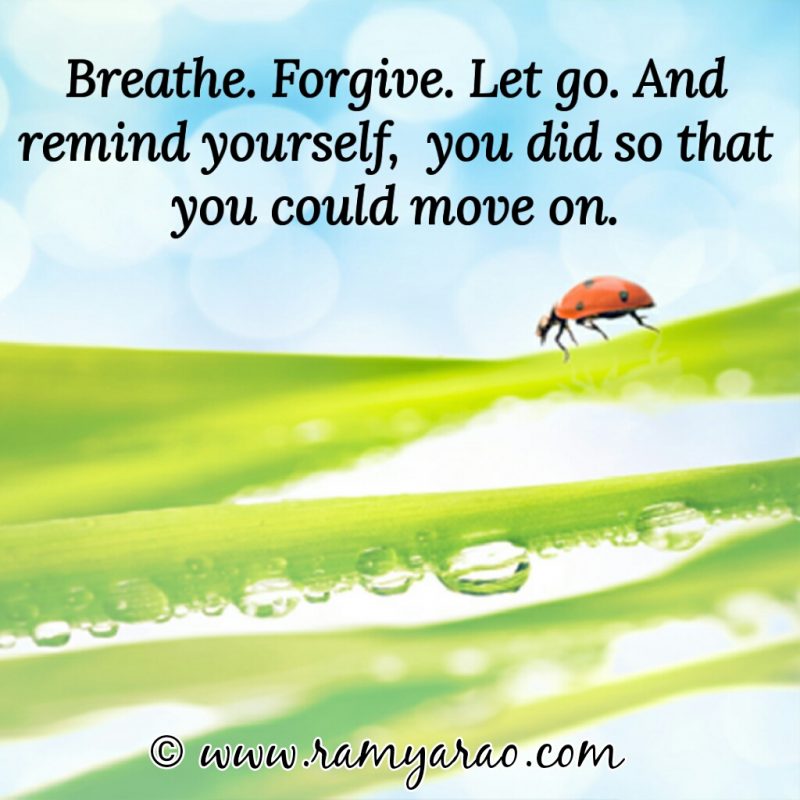 I am an extremely sensitive person. I think I inherited this from my mother. I believe while god made my mother he added a generous dose of goodness,empathy, and love towards others. She raised me to be a humble, obedient and a lovable person, moreover a people pleaser. Someone who would immediately do things that are told to and without much reasoning. That was never the idea but just an outcome.

Being that way suffocated me and the perks that came with being raised like this is unimaginable. Loving and respecting others was what mom taught me but then almost a year back, I once had a lovely evening all by myself and for a people person like me, it felt weird that I loved being alone at times and that new feeling felt strange. Like tasting a new dish you know. Then life told me that one, could love themselves and it was perfectly alright to do so.

My upbringing and my complexes made me the emotional person like my mom. In the process of raising me right and not make me an insensitive person, my mom made me ME. Let me give you an example for your understanding: We both follow a policy of speaking very carefully. It would hurt us if anyone felt bad because of what we spoke. As I grew up and met more people and lots of acquaintances, I realized almost none, literally, none cared about us that way.

We cared for others like how we should care for us. In fact, we did the right opposite, we cared for us the least and the others the most. I then remembered my dad telling me not do anything extreme be it praise, love or hate. That is when I realized that I should change, change for my own good. I would be the same person but I will not let anyone hurt me by their nasty comments or insensitive remarks because I would not give them the power to do so. I will not expect people to treat me like I treat them because our perspectives vary. Most importantly not do something to please a person and then feel bad about it.
Previously, if any person hurts me, the statement would run in my head and ring in my ears like a repeated telecast of a famous show with a punch dialogue. Yes, with all the extra effects and music. How could he/she tell me that? Just how? They knew what I was going through. How could they be so insensitive towards me while I was nothing but good and reacted in a supportive way when they went through a similar situation. Yet, she did that to me. How could one assume that their sense of humor isn’t crossing the boundaries? How could one just say something and the pretend like it never happened and how could one use my issues and turn it around and pinpoint on it.Well, so many questions in a tiny brain, right? The whys, hows, and whats ate up so much space in my mind that tears would flow unrealized. Only because I expect people to treat me like I do. Think twice before talking/typing. Ponder of the statement would hurt them. This thinking did no good.So, I told myself not to take things personally and to LET GO!

My sudden change in behavior felt like withdrawal syndrome. How can an over-sensitive and over-thinking person let go? But I did. I did let go of so many things from the past. I cared less and in the journey of letting go, I have had fights with my mom because she thought she is losing the person she raised me to be. She still is worried but in a few things related to work, she tells me to let go and it helps to have support around.

Letting go involves a lot of things. Forgiveness,but learning from the past. Immense self-love which I am still working on. Caring less and yet being sensitive to other’s issues. Most importantly recognizing toxic people and severing ties with them.

Letting go and taking things with a pinch of salt has helped me a lot. Now I am indifferent to the things that previously used to put me off.

Are you an over-thinker too ? Do you have anything to give or take from me?
I am taking my Alexa rank to the next level with Blogchatter .