Sarah was on her way to a camp to tend drug addicts who couldn’t afford treatment in a hospital like the one she worked in due to their poor background. As her driver drove the SUV, she could see small children sprinting and playing. She couldn’t help pondering over her childhood, her best friend. She was popular and had many friends but Ruby was the only true friend among many fickle friends. Ruby was studying under the scholarship and often got carried away in the glamorous world of money and fashion. Her parents were abusive and discouraging. She wanted to do fashion designing . Sarah never understood Ruby’s obsession with fashion. Sarah  went into her philosophical mode.  Childhood friends, best friends, they were. How beautiful those moments were, when there was not a worry. There was innocence and no strategical thinking required before answering.
No need to weigh the pros and cons.
She was going into her philosophical mode more often she thought. She was 30 and a successful doctor and professor. Monthly she would go to camps like these.

She wondered how Ruby would be now.  Was she still the beautiful girl obsessed with fashion,in the peak of her fashion designing career. She had seen Ruby last, fifteen years back, when they had fought like never before . Sarah had found Ruby on drugs,completely intoxicated after a bad day at home. Sarah tried her best to keep her best friend ,her only friend safe and away from the cunning world.

But she failed. Ruby never came back to school. Sarah cried and was inconsolable for months. She poured all her energy into studies to come over the grief. She promised to herself to become a doctor and help the teenagers and adults to come out of their addiction.

She shuddered as she thought about all the pain and loneliness she had compressed and hidden inside. Like, all of a sudden a hidden box full of emotion were forced open. Tears started trickling down unknowingly. She realized she was crying and her driver staring at her only after a drop fell on her hand.

She just brushed her tears aside. Re did her makeup and tried to regain her composure.

Her destination had arrived, there were so many teenagers. As soon as she started her work of treating and counselling, she couldn’t think of anything else.

It was well over her usual time, and a patient more left. She was too exhausted and was about to say no and ask the patient to come the neat day.

As the patient entered and in intoxicated eyes asked if she could treat her and get her out of this misery .

With tears filled in her eyes, all Sarah could say is,” Be my guest.”
The tear filled blurred eyes recognized her best friend and had no doubt that it was Ruby even for a fleeting second.

“Hey,Doc you look similar. Have we met before ?” Ruby fumbled and thud she fell in the arms of Sarah.

Sarah met her soul sister and she promised to herself and Ruby that no matter what, no matter how much they would fight, she would never give up on Ruby. Never let go of her . Ever.

This post is a part of Blogchatter prompt -“Be my guest”.
Blogchatter is an online community of bloggers which meet every Wednesday at 8.30 PM IST discussing various blogging topics on twitter. 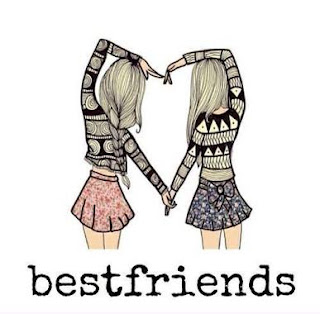