A frosty night it was,
The night his life hit the button pause.
Was a normal day with his busy schedule,
But he had not known of the lurking devil!
Daisy was late,
His eyes were only on the gate.
She was all he had,
His daughter made him feel so glad.
But he felt something had really gone bad.
She took the same route always,
Waiting today seemed like endless days.

It was time. He had to call the cops,
Together they searched her in shops and blocks.

Tears just couldn’t stop flowing from the mighty man’s eyes.
He knew the cops assurance were all lies.
His baby was gone, but he wouldn’t give up on her!
Forty-eight treacherous hours they were ,
Everyone was blur except my lifeless baby,
The murderer seemed satisfied and happy.
Alex was his name,
My daughter’s murder brought him fame.
Remorse and emptiness I was feeling,
I thought of his death it would be healing.
Therapies and psychiatrist followed ,
I stopped counting the number of pills I swallowed.
There was no medicine for loss of a loved one.
Judgement day brought pain and relief to the ailing father,
He was to meet the killer of his daughter.
The cunning eyes that showed happiness were now sad.
To the father, Alex seemed like a changed lad!
Alex begged for mercy and pleaded guilty.
How could he forgive this person filthy!
Only Daisy’s lifeless body is what he could see while thought about mercy!
Daisy would say forgive and forget,
And he begged for mercy and showed regret.
Dad decided to forgive Alex for Daisy,
It was not an ounce easy.
The dad forgave and put Alex out of his misery of guilt.
By doing so the wall of sadness broke that dad had built.

He felt much better, although he knew Daisy couldn’t come back, ever!
But he knew by forgiving Alex he had made a bond with Daisy forever.
A bond of patience and love beyond mere bodies.
Their souls were at peace and teaching us that with mercy peace lies. 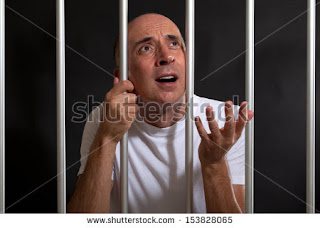 This post is written for Poets United Midweek Motif Mercy