Abuse: Enough Of It! 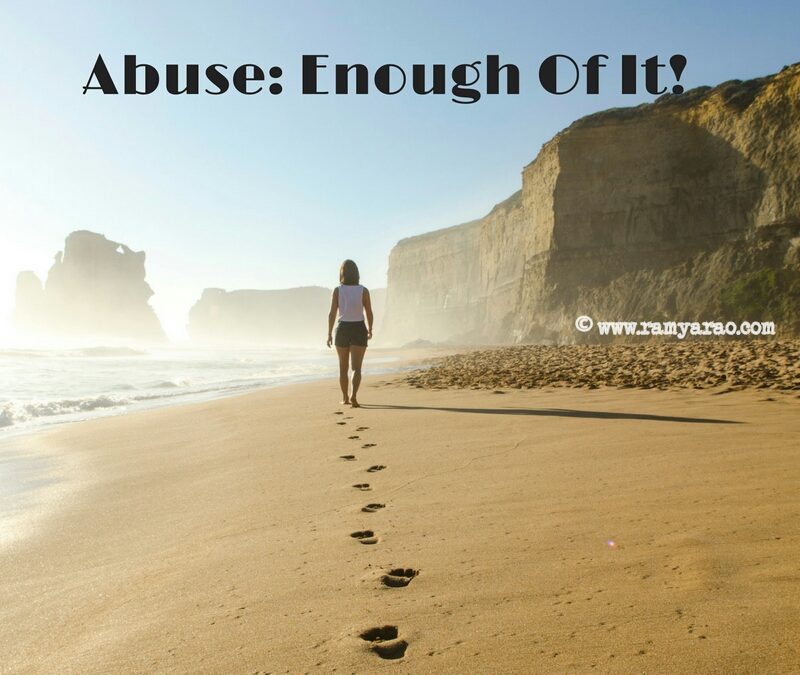 Today I write a poem on abuse. Domestic abuse is prevalent all over the world. At times we suffer and at times we see people suffer. Either case please speak up. No relationship can be sustained that way. Abuse here also includes emotional which deserves another post.

He knocked the door hard,
She opened it all shaky and scared.
Let him not lose his temper today she prayed.
“Come here,baby,”he said. “Don’t be afraid.”

The bruises of last night still hurt,
She did not understand why he treated her like dirt.
Her train of thoughts broke by a slap,
She realized he had laid a trap.

He punches and kicks,
She wished she was made out of bricks.
He is mad because she spoke to the neighbor,
This time, it hurt more than ever,
only the god could save her.

There was blood and broken bones,
Rosy starts crying and he groans.
She cried and pushed Rosy inside.
Her black and blues she tried to hide.

The terror in Rosy’s eyes,
hurt her more than the bruises.
She walked out to never return,
to fake promises and crocodile tears.
Determined not to let him feed on her fears.
Tired of being afraid every minute.
She moved on to a new dawn,
of peace, happiness and where nightmares are gone.